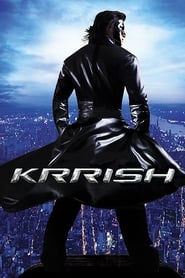 Krrish is the Indian first Bollywood Super Hero movie released in 2006. This movie is directed by Rakesh Roshan featuring  Hrithik Roshan and Priyanka Chopra in the lead role. Krissh is one of the highest grossing Bollywood movies for Hrithik Roshan. After getting a huge success, Rakesh Roshan created a sequel called Krrish 2 and Krrish 3.

Krrish is a sequel of Koi Mil Gaya, which is one the first Alien Bollywood movie directed by Rakesh Roshan. This is India’s first Super Hero Movie and was made with a budget of 45 Cr.

Krrish an Action Drama, Bollywood Superhero movie was made with the budget of 45 Cr and has grossed more 170 CR in the Box Office Collection. On our Hit or Flop ration Krrish scores 3.8, which is considered a Super Hit movie.

Krrish is one of the best Indian Super Hero Movie featuring Hrithik Roshan in the lead role. The movie has a good storyline about how a small town boy unaware of his superpowers falls in love with one of the tourists and follows her to Singapore to help her save the job. The first half of the movie you will see the story building up Priyanka and Hrithik Roshan’s relationship. After he visits Singapore, he tends to use his power to save people stuck in one of the fire incidents in a Circus. The best part of the movie starts in the 2nd Half, where he comes across the fact that his father is alive. Naseeruddin Shah who is playing a negative role in the movie is seen in the 2nd Part of the film. Later Krrish meets Naseeruddin Shah and fights with his army, destroys his plan and save his father. Krrish has a great good storyline and has a Happy ending. After getting a positive response from the audience the movie had Krrish 2 and 3 sequel, which was another big success for Rakesh Roshan.