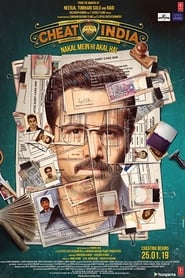 Cheat India a Bollywood crime drama film written and directed by Soumik Sen. The movie released on 18th January 2019 and stars Emraan Hashmi and Shreya Dhanwantary in the lead roles. The story revolves around the education system in India where people buy a better education using bribes. Below you can find Cheat India vs URI Box Office Collection, Cheat India vs URI Review.

URI The Surgical Strike is a Bollywood movie which is going to release on 11 January 2019. This movie is based on real-life incidents that happened at Base Camp in Kashmir. This is a patriotic movie in which Vicky Kaushal is playing the lead role of Major Vihaan Singh Shergill. URI is directed by Aditya Dhar and produced by  Ronnie Screwvala. This Bollywood movie is divided into 5 chapters named as The Seven Sisters, An Unsettling Peace, Bleed India With a Thousand Cuts, Naya Hindustan (New India), and The Surgical Strike.

Cheat India released around 1800 screens worldwide with huge expectations. However, the film failed on the big screens and even raked low box office collection

Paresh Rawal is seen essaying the role of Ajit Doval who happens to be India’s National Security Advisor in real life! The man, by the same name, is the real inspiration for Rawal’s character and had also formerly been the Director of Intelligence Bureau from 2004 to 2005.

Cheat India hit the screens with huge expectations but the movie failed on the big screens and raked low box office collection. Emraan Hashmi’s Cheat India started with low revenue and emerged as a flop of 2019.

URI has received great reviews from the audience and it has become one of the best patriotic movies. Even Narendra Modi appreciated Vicky’s role in this movie. URI Box Office collection has started slowly with 8.20 Cr on its 1st Day, but it is expected to gross more.

Cheat India is quite interesting and as always Emraan Hashmi role in this movie is appreciatable. However, Emraan Hashmi’s Cheat India failed to impress the audience and considered a flop of 2019. The movie displays a good message and showcases the real face of the Education system in India. Soumik Sen has really done great work as a Director and the Screenplay of this movie is amazing. Moreover, the movie shows the current state of an Indian education system and how talented people/students are suffering from the bad education system of India.