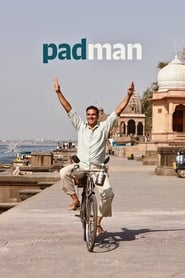 Padman is based on a True story about Arunachalam Muruganandam who invented low sanitary napkin and awareness about menstruation in rural areas. This movie is a Bollywood Comedy drama movie directed by R. Balki and produced by Twinkle Khanna, SPE Films India, KriArj Entertainment, Cape of Good Films, and Hope Productions. Padman movie is starring Akshay Kumar, Sonam Kapoor, and Radhika Apte in the lead role. Below you can find Padman vs Padmaavat Box Office Collection, Padman vs Padmaavat Review.

Padmaavat movie is one of the most controversial Bollywood movies of 2018. Padmaavat was one of the Bollywood movies to gross the highest Box Office Collection. This movie had some great actors like Ranveer Singh, Deepika Padukone, and Shahid Kapoor. Padmavat has already grossed over 585 Cr being the first highest-grossing movie for 2018.

Padman is one of the most successful movies in Bollywood released in 2018. This is one of the Bollywood movies to get featured in the Tokyo International Film Festival. Padman is Akshay Kumar’s and Radhika Apte’s first movie together.

Padmaavat, Sanjay Leela Bhansali is known to make jaw-dropping movies that are made on large scales. His previous movies like Devdas, Hum Dil De Chuke Sanam, Bajirao Mastani, and Goliyon Ki Rasleela: Ramleela is well-known for their lavish and exquisite sets and costumes.

Padman is one of the best movies and also one of the highest-grossing movies of Akshay Kumar. This movie was made with a budget of 20 Cr and has grossed over 206 Cr in the Box Office Collection. As per Movie-Rater’s HOFS scale, Padman scores 10.3 which is considered to be a blockbuster Superhit movie.

Padmaavat has received a great response from the audience. Everyone has loved Deepika Padukone and Ranveer Singh’s character. There was a huge opportunity for Padmaavat Box Office Collections.

Padmaavat’s director expertise in heightening opulence and grandeur is well-known, further distinguishable in 3D. Cinematographer Sudeep Chatterjee compliments him by beautifully capturing some jaw-dropping scenery. However, the effects in the action/ war scenes don’t meet the expectations raised by a film of this scale