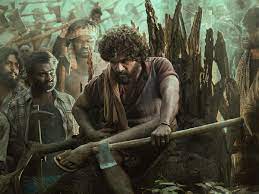 Pushpa Upcoming Movie is a Telugu action thriller film written and directed by Sukumar.  The film stars Allu Arjun, Rashmika Mandhanna, Jagapathi Babu, Prakash Raj, Dhananjay, and Sunil. It has produced by Naveen Yerneni and Y. Ravi Shankar. the music has composed by Devi Sri Prasad . The movie makers has announced that the movie is going to release 13th August 2021 Telugu along with Tamil, Kannada, Malayalam, and Hindi.

Allu Arjun first pan indias movie. Allu Arjun and Rashmika Mandhanna collaborating for the first first time. Sukumar and Allu Arjun combionation it is 3 movie. First, this had narrated to script to Mahesh Babu but he doesn’t like this story. After a big industry hit of Rangasthlam Mythri Movie makers have collaborated with Sukumar. For the first time Allu Arjun had joined in the 100 croes club with Ala Vaikuntapuram Loo Movie.

Hi I'm Yuvasri, I worked as a Digital Marketing Analyst and I do On-Page, and Off-Page Optimization regularly. I'm very passionate about creating content for new films, videos, series, entertainment of different genres. I am providing content that those who are more excited about the movies to follow my blogs.