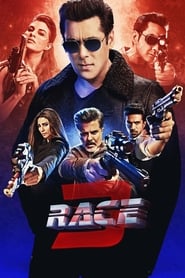 Race 3 is an action drama movie released in 2018  and is considered as one of the most successful Bollywood movies of 2018. This movie was directed by Remo D’Souza and was produced under Tips Films and Salman Khan Films. Race 3 is a multi-star movie where we will see Salman Khan as the lead role and other actors like Anil Kapoor, Jaqueline Fernandez, Bobby Deol, Daisy Shah and more. Below you can find Race 3 vs Sanju Box Office Collection, Race 3 vs Sanju Review.

Sanju is an epic BioPic about Sanjay Dutt one of the known actors in Bollywood. In this movie we see Ranveer Kapoor playing Sanjay Dutt character. The movie describes the entire life of Sanjay Dutt and how he overcomes his bad time. This movie is one of the biggest blockbusters of 2018. Watching this movie you will get know Sanjay Dutt’s involvement in the 1993 Bombay bombings and how overcomes it. We will also get to know about how Sanjay struggles to carry the legacy that his father Sunil Dutt created.

Race 3 is one of the highest grossing Bollywood movies of 2018. Ranbhir Kapoor’s Race 3 was made with a budget of 163 Cr and has grossed more than 303 Cr in the Box Office Collection. As per Movie-Rater’s HOFS scale, scores 1.8, which is considered as a Hit movie.

Race 3 is one of the highest grossing movies of 2018 and one of the reason is Salman Khan’s appearance in the movie. This is the 3rd part of the Race franchise and is one of the best action sequels. If you are a huge fan of action movies, then this is a must watch movies. Apart from Action, Race 3 has some great suspense, which is one of the reasons why the movie has received great success. Salman Khan leads the movies and his great action and style are what attracts the movie.

Sanju film starts with Sanjay Dutt (Ranbir Kapoor) wanting a writer for his biography even while he’s preparing to surrender himself to the Supreme Court’s judgment in the Arms Act case. A film writer fails him miserably, so Sanju turns to a more established writer Winnie (Anushka Sharma) to pen his biography. His confessions and recollections to Winnie are intimate and give us deep insights into the highs and lows of his life, which is nothing short of a roller-coaster ride. Like any Rajkumar Hirani film, Sanju blends humor with drama effortlessly. While it doesn’t reveal much about the protagonists’ relationships and marriages, it does tell a strong story of an unbreakable bond between a father, son and a best friend. In fact, Sanjay’s relationship with his father Sunil Dutt (Paresh Rawal) forms the major part of this story and some of the most heart wrenching and touching moments in the film belong to both of them.