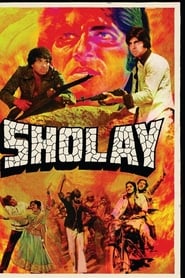 One of the Best Bollywood Movies Of All Time, Sholay has made its mark on a few generations. This movie was directed by Ramesh Sippy starring Amitabh Bachchan, Dharmendra, Sanjeev Kumar, Hema Malini, Jaya Bachchan, and Amjad Khan. Sholay is an epic movie about two friends Jay and Veeru that gets hired to capture one of the known Bandit from Ramgarh. This was one of the best Action drama movie released on 15 Aug 1975. This movie has the best action, songs, drama and more that will make you watch the movie again and again. In this post, you can find the Sholay vs 3 Idiots Box Office Collection, Sholay vs 3 Idiots Review

3 idiots is a comedy Drama, Bollywood movie which was released in the year 2009. This is directed by Rajkumar Hirani, where we see Aamir Khan, R. Madhavan, and Sharman Joshi together after Rang De Basanti. The movie represents the current education system of India and how a young man tries to change the system by himself.

Sholay was the first film to be screened at Minerva. This movie was rejected by several movie makers before was approved by Ramesh Sippy. It took 6 months to make the movie. It took 22 days to shoot Ye Dosti Song.

In 3 Idiots movie, the college is actually Indian Institute Of Management from Bangalore. The drunk scene in the movie, Aamir asked to get drunk in reality to make it look convincing.

Sholay made a huge impact in the Bollywood Industry and was a trendsetter. This movie was made with a budget of 2 Cr, which is considered as the highest budget movie in 1975. The worldwide Box Office Collection for Sholay was 30 Cr. As per Movie-raters HOFS scale, Sholay scores 15, which is considered as a blockbuster super hit movie of all time. The lifetime collection of this movie is 715 Cr.

3 Idiots is one of the most watched Bollywood movies of all time. This movie was made with a budget of 55 Cr and has grossed 460 Cr in the Box Office COllection. As per Movie-Rater HOFS scale, 3 Idiots score 10.5, which is considered to be a super hit movie.

Sholay I no doubt one of the best movies of all time. This movie was a trendsetter for the Bollywood Movie Industry. Even during the time where India had limited theaters, Sholay Box Office collection was 15 Cr. Sholay has everything placed perfectly. No matter dialogs, action, songs etc, the movie is still in trend. This movie got so popular that in 2014 the 3D version of the movie was released. This was the first Amitabh Bachchan and Dharmendra movie that not just made its mark in India but abroad as well.

3 idiots is one of the best movies so far that Bollywood has produced. This movie covers the current state of the Indian education system and how a child is pressurized for doing Engineering. This movie gets directly connected with the Students and has a lot of real-life stories that gave the movie a great success. The movie starts perfectly fine about how one of ICE’s 3 best friends gets to know about Rancchoddas Shyamaldas Chanchad.

The movie is more about storytelling about a boy Rancchoddas Shyamaldas Chanchad who has the vision to change the world. This movie is a good example for those who want to compete with the world instead of being the one that the world competes with. The Narration, story, and screenplay of the movie is placed perfectly which is one reason why the movie got a huge success. Apart from that one of the famous dialogue, All is well is still been used by the young crown of India.