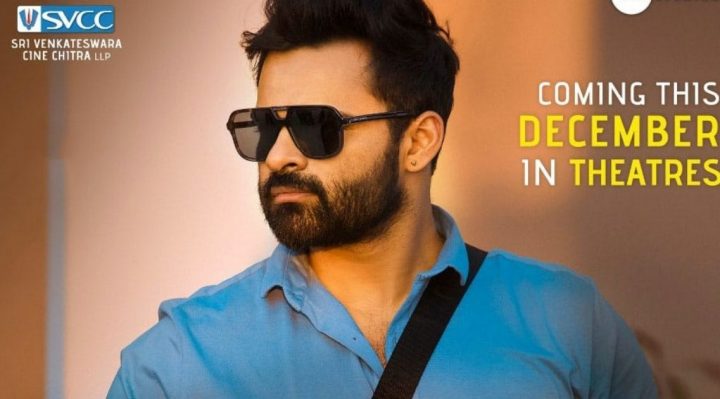 Supreme Star Sai Dharma Tej’s last film Prati Roju Pandage get a good response among the audience. Present he is coming with another movie titled Solo Brathuke So better. Director Subbu is debuting with this movie. Ismart film beauty gorgeous Nabha Natesh shares screen with Sai Dharma Tej in this movie 1st time. Music director S Thaman give fantastic music for this movie and produced by B. V. S. N. Prasad under the  Sri Venkateswara Cine Chitra. The movie production was stopped due to the pandemic situation and the shootings then began and ended up well. The audience were very excited about this Solo Brathuke So Better Movie. This movie scheduled to release in theaters on 25th 2020.

The movie makers of Solo Brathuke So Better had released a short teaser from the film. The 74-second-long clip highlighted certain aspects of what one can anticipate from Solo Brathuke So Better. It demonstrated Sai Dharam Tej revolting opposite the concept of love and marriage. He is seen tending a lot of crowd in a college campus filled with students.

In the movie trailer, he promises to stay single and motivates others to do the same as well. As he talks, idols of several unmarried figures from history can be seen in the background.  Like Iconic members, Abdul Kalam, Mother Teresa, Lata Mangeshkar, and R Narayan are spotted during the short teaser. In this film, he hates love and marriage, he motivates the group of students single life is better to reach their goals said to them.

Hi, I am Sarala working as an SEO analyst. I completed my B.tech in 2016 and earlier I worked as a Software Developer & Digital Marketing Analyst. Now, I made my move to the Digital Marketing stream. I have been working majorly on Bollywood Movies, Telugu movies, and slightly on other languages. Waiting for your valuable feedback which makes me grow stronger. Thank You.