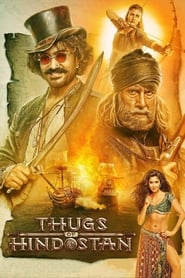 Thugs of Hindostan vs Baahubali2 Facts

Thugs of Hindostan vs Baahubali2 Review