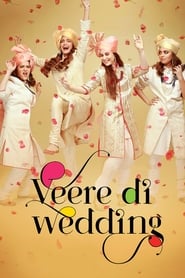 Raazi is a 2018 Bollywood Spy Thriller. This film is directed by Meghna Gulzar. The lead roles in Raazi are Alia Bhatt and Vicky Kaushal. Rajit Kapur, Shishir Sharma, and Jaideep Ahlawat are playing the supporting roles. Meghna Gulzar
is the director of this patriotic movie.

The actress in the Veere Di Wedding film has received appreciation from the public and critics. Soon after such good response now filmmakers are planning to make a sequel to the film. However, the movie has received an overwhelming response at the ticket window. The plot of the movie is captivating this is the major reason behind the success of the movie.

Veere Di Wedding a Bollywood female buddy comedy film impressed the audience on the big screens. However, there was a huge footfall for the movie. On the first day of release, the film raked 10.7 cr on the box office collection. Veere Di Wedding is considered as the superhit movie of 2018 with a total Box Office Collection of 138.80 crores Worldwide collection.

Veere Di Wedding shown amazing performance on the big screens and the audience has given thumbs up for the movie. Kareena Kapoor, Sonam Kapoor, Swara  Bhaskar, and Shikha Talsania these four actors received a positive response from public and critics. The beginning of the movie inspiration from one of the biggest chick flicks of our times – Darren Star’s “Sex and the City”. The overall performance of the movie is good and this movie is worth watching.